Disc Golf, in the Netherlands sometimes also known as “frisbeegolf”, is an individual competitive sport, internationally played at all levels. The powers of Disc Golf are that everybody between 4 and 88 can play it and it is highly accessible. DiscGolf Parks can be added to the public space almost everywhere.

Using just one frisbee you can start playing Disc Golf. By playing, you practice your throwing skills and discover the courses around. You meet other people and before you know it, you are walking the course every lunchbreak or spare hour, carrying a special disc golf bag with lots of special disc golf discs. You develop your own preference for Frisbees in terms of shape, weight and plastic.

Disc Golf originally comes from the US and is still popular over there. But in the last few years the amount of discgolf parks in Scandinavia has skyrocketed. In Finland, disc golf is so mainstream, that you can buy disc golf discs in most supermarkets.

Starting age 8, you can really start to play competitively. Rules are simple and taught while playing. The goal is very simple: Playing holes in as least amount of throws possible. The goal to aim for is called a ‘polehole’, an officially approved disc golf target. Poleholes come in many shapes and sizes, from permanent setups in the park to foldable poleholes you can carry easily.

Disc golf is very nice to play and can be discovered by anyone. In the Netherlands the amount of courses is growing rapidly. You can play in Nieuwegein, Rotterdam, Amsterdam, Schoorl, Hoogeveen, Groningen en Arnhem.

The frisbees used in Disc Golf

You can start playing Disc Golf by using just one frisbee. But as soon as you develop your throwing skills, you will discover frisbees for specific purposes: Putters for the last shot, midrange discs for approaching, fairway drivers for longer controlled shots and distance drivers for very long throws. Within these categories the shapes of the rim and the dome determine how the disc behaves if thrown a certain way. Some drivers turn right straight out of your hand, some turn left. Others fly straight before turning left or fly S-curved patterns. Throwing flicks (forehands) totally reverses everything. Some discs are extreme and specific, others can be used multi-purpose and are more accessible for beginners. A practiced thrower can get several shots out of a disc and chooses his disc based on terrain, windspeed and direction of the wind.

To get an understanding on how that works, you can get aquanted with the so-called “flight numbers” that disc golf discs have. As a beginner, it’s enough to understand the basic priciples and to start with discs that are not “too high speed” and are not “to extreme”.

In practice, we see many beginners make the mistake of trying out too many types of discs. Because they all fly differently, off course does not mean you have to try or use them all. We advise to limit the amount of discs and get to know these discs. If you want, you can invite yourself at our warehouse, where we can play around and you will get personal advice.

If you want to earn more about Speed, Glide, Turn and Fade, read this page

There are many kinds of disc golf discs. There are even special disc golf bags, that can also be used for dogfrisbee. Frisbeeshop.eu only sells the very best brands that can deliver everything you need. Top quality brands that do business in a proper way and offer good service. 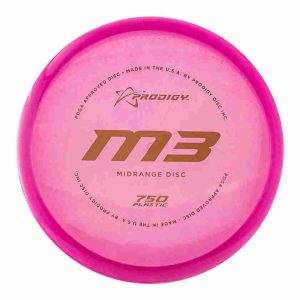 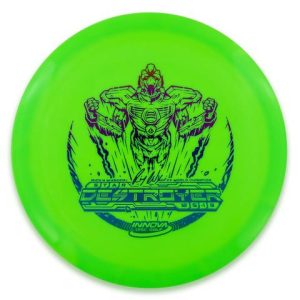 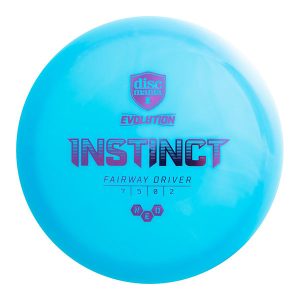 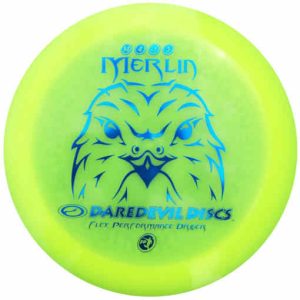 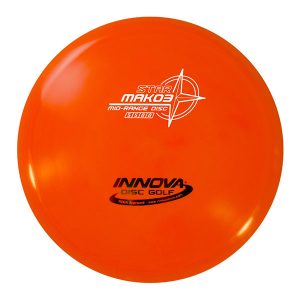 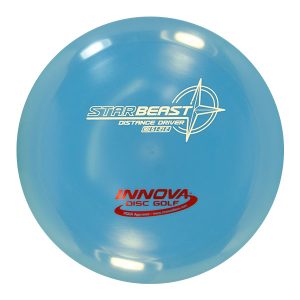 How does a permanent DiscGolfPark work?

In more and more cities you can play Disc Golf in public parks. There are permanent baskets, with Tee-off’s and (when done correctly) informative signage systems. On these signs you can read what it is all about, where to go, what par-scores are, etc, etc. The course is designed by a professional disc golf course designer. He or she takes care a Discgolfpark is fun to play, diverse and safe to play. Another thing is the balance between the use for Disc Golf and the other uses of the park. Think about walking your dog, cyclists and runners. Done right, a Disc Golf course adds something to the public space, without interfering with other uses.

A DiscGolfPark is sometimes designed with a specific target group in mind. A disc golf course for professional games is different from a course designed for school classes or elderly people. Making a good choice in design is what makes a course succesful. All these can be taken care of by a professional course designer.

When you are thinking about making a disc golf course, ask an independent professional that askes the right questions. A common mistake is to ask a local player to make a design. This can result in a course made for ‘just a few professionals’, but not too much fun to play for beginners. When you do not take care of beginners in your city, the amount of seasoned players will never rise. As frisbeewinkel we advise to work with DiscGolfPArk Benelux (to be found on facebook). They are market leader in terms of quality, are independant and have a broad experience.

A DiscGolfPark: A public sport facility for all ages

If you wnt to turn a specific location into a disc golf course for an afternoon, you can hore someone that brings all the materials and sets it up for you. With some instruction and the right materials this can be an inexpensive way to have a lot of fun. Because all ages can play it. It’s a perfect activity for families and businesses. If you are interested, ask www.frisbeeclinics.nl. Their professional frisbee teachers do this every day in very enthousiastic manner.
If you are organising business and family events and you consider adding Disc Golf to your programme, invite yourself to our warehouse. We will take the time to show you all options, answer all your questions and make the choices needed to create something that works for you.
Our warehouse is located in Laren GLD. Contact Hans at Frisbeeshop by sending an e-mail to info@frisbeewinkel.nl. Advice about how to organise Disc Golf is part of our service. Done wrong, it’s almost never successful. Done correctly, it is almost always a huge success.

All about Disc Golf